Gorilla trekking is a popular activity that involves moving or hiking through the dense forests in search of the endangered mountain gorillas in their natural habitat. Mountain Gorillas in Africa are only found in three countries including Uganda where gorilla trek is done in Bwindi impenetrable national park and Mgahinga national park. The parks are found in south western Uganda, Rwanda where gorilla trekking is conducted. Also, mountain gorillas can be found in Volcanoes national park and in Virunga national park in Congo. Gorilla trekking experience can be done in any of the four national parks in a day activity which starts early in the morning at the park headquarters. Visitors interested in the activity should have an early breakfast at their lodge and then travel to the briefing point where they will be briefed about trekking expectations and grouped into different groups with a maximum of eight people for a particular gorilla family. When going for gorilla trekking activity in any of the four national parks, you should be aware of different information which will help you to know more about the gorillas and activity. 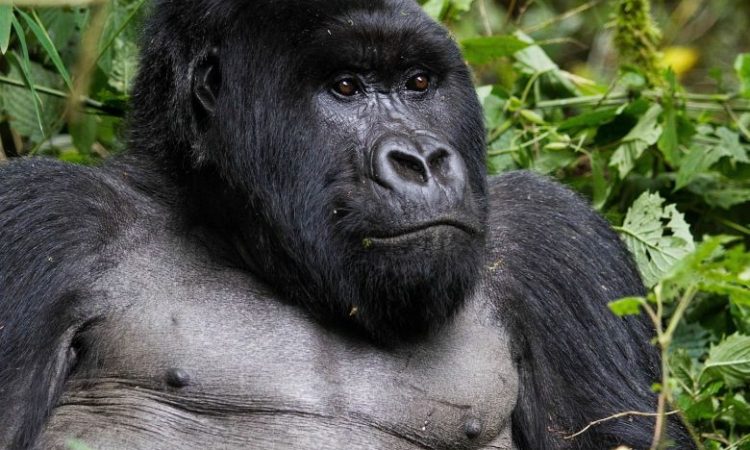 Where to go for Gorilla Trekking

Gorilla trekking in Africa is only done in four national parks with different gorilla habituated families that are always available for trekking on a daily basis with a maximum of 8 people per group for a maximum of 1 hour in the presence of the gorilla family which gives you an opportunity to capture the moments using a camera without flashlight.

Bwindi impenetrable national park is located in southwestern Uganda in Kanungu district, on the edge of the Albertine Rift valley along the Democratic Republic of Congo border next to Virunga national park. Bwindi national park harbors 400 mountain gorillas which are equivalent to half of the total number of the gorillas in the whole world with 14 gorilla habituated families which are visited daily in the four sectors which include,

Mgahinga national park is one of the smallest national parks in Uganda located in south western Uganda in Bufumbira county in Kisoro district and is known for gorilla trekking with one habituated gorilla family called Nyakagezi with 10 members including 4 silverbacks. There are only eight gorilla trekking permits available every day for trekking Nyakagezi family.

Virunga national park is located in East of Democratic Republic of Congo in the center of the Albertine Rift between Rwanda and Uganda with gorilla tracking  as the biggest and most done activity in the park. Virunga national park is a habitat of over 300 mountain gorillas with ten habituated gorilla families and there are only six families that are open for gorilla viewing on a daily basis which include

These gorilla families give visitors an opportunity to explore in the dense forests of Virunga with the gorillas learning about their behaviors and lifestyles which gives them an incredible experience on the Congo Gorilla Trekking Safari Tours. 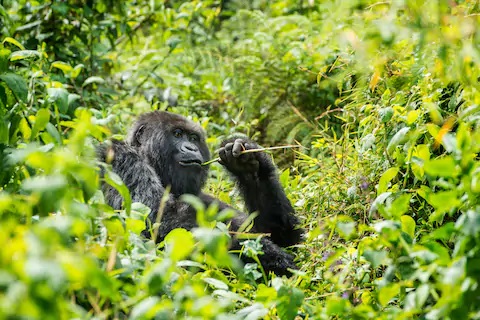 Gorilla tracking  in Bwindi national park, Mgahinga national park, Volcanoes national park, and Virunga national park can be conducted any time throughout the year but it is best done in the dry seasons between June, July, August, September, December, January and February because the forest is not so wet, less mist and mud, not slippery, with short grass for clear viewing of the gorillas than during the rainy season between March to May and October to November when the forest is muddy, slippery, cold, rains anytime of the day in the forest among others.

Cost of a Gorilla Trekking Permit

How to acquire a Gorilla Trekking Permit

A gorilla trekking permit can be booked directly through Uganda Wildlife Authority head offices in Uganda, Rwanda Development Board in Rwanda and Virunga National Park Authority in Democratic Republic of Congo or can be acquired through a trusted tour operator like Achieve Global Safaris where you contact the company with the date, month and year when you want to trek gorillas in either Bwindi, Mgahinga, Volcanoes or Virunga national parks and the company will check availability of the permits and get back to you on how you are supposed to pay for the available permits where you will send scanned passport details which will be used when looking for a permit at the offices.

When to book for a Gorilla Trekking Permit

What to pack or wear for the Gorilla activity

When going for gorilla trekking tours in Uganda, Congo Or Rwanda national parks, you are advised to pack different items and also wear clothes with dull colors so as to blend with the wild environment because bright colors destruct the gorillas and get dirty when trekking due to mud in the forests. Items to pack include

The equipment to pack is much and will help your trekking to be successful and give you lifetime memories on your safari.

Where to stay during Gorilla tour

Choosing the lodge where to stay depends on the price of the accommodation facilities and the gorilla trekking destination because different destinations offer different accommodations ranging from luxury, mid-range, budget, and campsites.