Historical tourist sites in Tanzania : Tanzania also boasts of a number of world-famous historical and pre-historic sites some dating as far back as 2 million years ago. These sites make Tanzania as one of the best destinations to visit in Africa besides its rich in wildlife safaris. 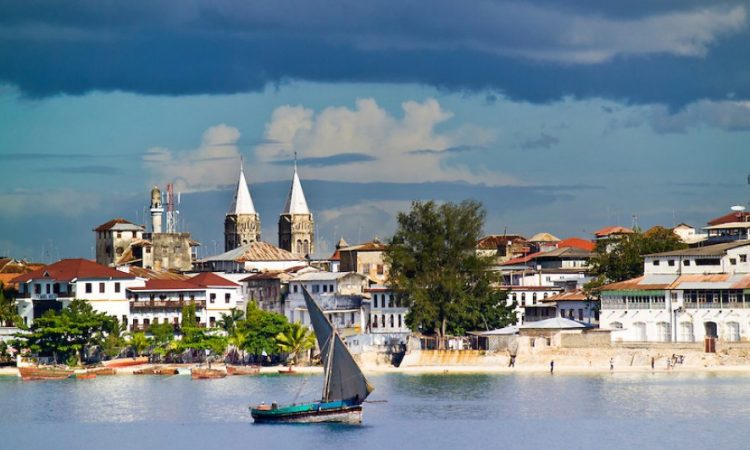 The Olduvai Gorge popularly referred to as “The Cradle of Humankind” is the site where Dr. Louis Leakey discovered the skull of Zinjanthropus or “Nutcracker Man” believed to have lived for 175 million years ago in the 1950s. Later he reclassified them as Australopithecus boisei, a creature that had a massive skull with a small brain of about 500 cc with huge teeth.

Several months later Dr. Leakey found another fossil hominid in the same layer of excavation called Homo habilis or “handy man” and it was smaller than the “Nutcracker Man” but with a larger brain (600 cc) and capable of making simple stone tools.

The Kondoa Rock Paintings in Kolo are located about 260 kilometres to the south of Arusha town, a 4-hour drive on the Great North Road, and about 20 kilometres from the Kondoa District centre. This is a world class historical heritage site of ancient rock art, remarkable for their quantity and quality.

Human figures and animals (elephant, eland and giraffe) usually painted in dark red and a few abstract designs can be seen on the face of the rocks and caves. According to researchers these are the earlier rock paintings dated 5,000 to 10,000 years and are attributed to hunter-gatherer Bushmen, a click language tribe, who are said to be ancestors of the Sandawe tribe currently inhabiting the western part of Kondoa District.

The languages of the Sandawe in Kondoa and the Hadzabe in Lake Eyasi though not ethnically related are connected to the Khosian languages spoken in the Kalahari Desert in southern Africa that have click consonants. It is not surprising that similar rock paintings can also be viewed in some parts of southern Africa inhabited by the Bushmen. More recent paintings whitish in colour can also be seen, dating probably 500 years ago, which are said to have been made by the Bantu speaking Warangi, the predominant agriculturist tribe in Kondoa District.

The site visit was prompted by increasing interest in the ancient rock art from potential visitors to Tanzania and the need to enrich the visitor itinerary in the northern Tanzania safari land. 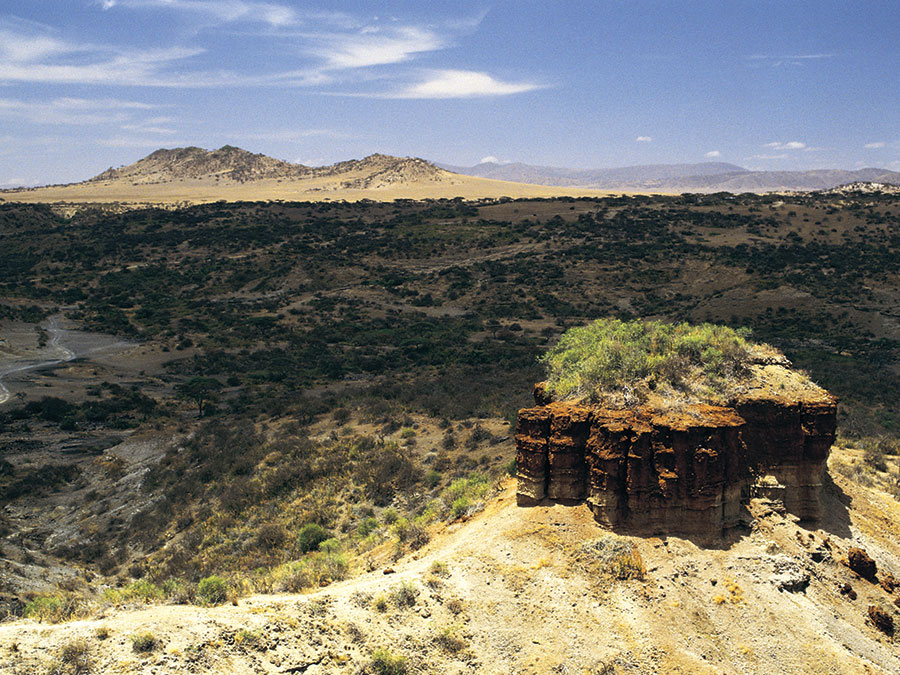 The Kolo Rock Paintings are located along the Maasai Escarpment bordering the Great Rift Valley hardly 160 kilometres from Tarangire National Park. The rock paintings can be visited in a day trip from the park or Maramboi and Lake Burungi areas in Tarangire, leaving in the morning with picnic lunch for a 2 to 3-hour tour of the sites at Kolo and neighbouring Pahi mountains and returning to Tarangire late in the afternoon.

For those interested in spending more time to explore the intriguing prehistoric paintings scattered around the area, visitors can be accommodated in Kondoa town where basic but clean guest accommodation is available.

The Kolo Rock Paintings are a protected area and one of Tanzania’s UNESCO World Heritage sites. There are many sites of rock paintings scattered around the Kondoa district, but the paintings at Kolo and Pahi area are the most documented and visited.

Some 75 kilometres to the north of Dar es Salaam lies Bagamoyo, once one of the most important trading centres on the East African Coast and a famous embarkation port for slaves from the hinterland. When the German colonialists came to East Africa they made Bagamoyo their first German East Africa capital between 1886 and 1891.

It is a place of considerable significance to world history, both as an entry point for Arab and European missionaries, explorers, and traders in East and Central Africa, and in the history of the infamous slave trade. Fortunately Bagamoyo is now being considered for inclusion into one of the World Heritage sites, to conserve and protect the fascinating Gothic and Afro-Arabic architecture in this coastal settlement steeped in history. Tourist attractions include among others:

Kilwa, one of the UNESCO World Heritage Sites in Tanzania, comprising the historical islands of Kilwa Kisiwani & Songo Mnara or Kilwa Kivinje, is located on the southern coast of Tanzania about 6 hours drive from Dar es Salaam; there are scheduled flights by small aircraft connecting Kilwa with Zanzibar, Dar es Salaam and the game parks.

Kilwa was the most powerful city state on the East African coast for three centuries from the 12th century to the 15th century, controlling trade from Sofala in Mozambique to Mombasa in Kenya, a stretch of about 1900 kilometres, plus the islands of Comoro.

Now a UNESCO World Heritage Site, Kilwa was an important trading centre linking Asia across the Indian Ocean with the African hinterland where ivory and gold were exchanged with beads, cotton cloth, porcelain and jewellery. Traders from the Arabian Peninsula and the Persian Gulf settled in Kilwa as early as the ninth century, leaving lasting cultural imprints that can still be seen in the preserved ruins with their elaborate architecture and the Swahili civilization on the East African coast.

Set like a jewel in the warm and tranquil coral waters of the Indian Ocean, 15 minutes flight from Dar es Salaam and less than an hour from Arusha, are the legendary islands of spices, fragrances, flowers and fruits – Zanzibar.

To the shores of these islands came Summerians, Assyrians, Hindus, Egyptians, Phoenicians, Arabians, Chinese, Malaysians, and the Portuguese, all sailing in on Monsoon winds. From these shores the great European explorers Burton, Speke, Livingstone, Krapf, Rebman, and Grant set out on their voyages of discovery into the East and Central African hinterland.

The different peoples from all corners of the world that had visited and settled in Zanzibar over the centuries have left a lasting an imprint on the islands’ culture and architecture. Zanzibar is the birthplace of the fascinating “Swahili” culture with its elegant architecture full of balconies, courtyards, ornately hand-carved doors and mosques. The winding narrow streets, the House of Wonders, Tip Tip House (notorious slave merchant), and the Palace Museum are just some vivid reminders of the Islands’ long and colourful history. The Stone Town is travel into history, it is must tour for visitors to Zanzibar. Zanzibar Stone Town is a UNESCO World Heritage Site.