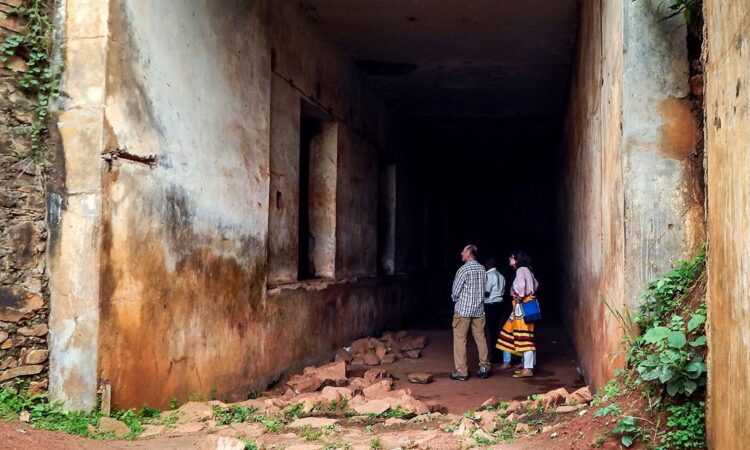 Idi Amin’s torture chamber is one of the ideal areas located in Lubiri Mengo the palace of the king of the kingdom of Buganda 3 km from Kampala city centre near Kabaka’s Lake and St Lawrence University. The torture chamber was set up in 1971 by Idi Amin dada who was then the president of Uganda and a military officer instead of a politician. Idi Amin was the third president of Uganda but before he became president he was one of the leading soldiers who formed the first Uganda independence army before Uganda got her independence and by 1964 he had been named the deputy army commander. Idi Amin was then deployed by Milton Obote to help him in the Katanga rebels who were fighting against Zaire government where he sold gold and diamonds given to him by the rebels in return for arms.

He later became a colonel of the army and in 1966 Obote sent a force commanded by Idi Amin to attack the Lubiri in order to bring the Kabaka alive or dead and Idi Amin carried out the order diligently. As he obeyed obotes orders he had his personal ambitions where he was recruiting hundreds of his kinsmen into the army and by 1970’s Idi Amin had created a sizeable force within the Uganda army, Obote recognized this and wanted to arrest him for various cases including murder. Idi Amin used his men to stop the arrest and was soon declared the president of Uganda while Obote was attending a Common Wealth Conference in Singapore. Idi Amin ordered the construction of the torture chamber which took about eight months and the construction was done by the Israelites because they were best engineers at the time. He told them to build a place for armory but when the building was complete he turned it into a military base or barrack and later on he decided to use it as a torture chamber

Idi Amin’s torture chambers main purpose was to act as an armory for ensuring the better keeping of the gun power and it’s a great place to visit during your safari in Uganda because you will be able to know events in Uganda which took place from 1971 to 1979. Idi Amins torture chamber was comprised of a dark tunnel with five cells which had an electric door at the entrance and were separated by an electric pool of water in the corridors so that whoever tried to escape from the cell he /she would be shocked by electricity. Each cell had an electrified entrance, no window or ventilators and was accommodating more than a hundred people who died due to suffocation and lack of food and water supply.

The torture chamber operatives would first blind fold the person and drive him/her around the ring road in the palace road from morning to evening so as to be confused and by the time they bring him or her he wouldn’t realize where he or she is being taken. The road in the area still exists and during your safari in Uganda you will be able to go through it. Idi Amin’s secret agents would go around in the villages in their land rovers and private automobiles and take a person who was dishonoring his governance and upon arrival at the entrance electricity would be switched off before the person entered into the chambers that were filled with water connected with electricity. Both women and men were put together without any food and its believed that over 200,000 people lost their lives from the chambers due to hunger, others died because they were badly beaten, gunned, others put in electric water while others were tortured.

Though Idi Amin died in 2003 and his activities no more, his torture chamber is a living testimony for his brutality and the people who have heard a lot about him in history. Visitors who want to know more about his governance can go on a Ugandan safari and visit the torture chamber which is a rewarding site that gives you lifetime memories. The water in the chambers has gone and the cement is wearing out but the writings of despair on the walls that were written with blood and charcoal by former prisoners reading Cry Far Help Me The Dead alongside several handprints are the things that you will be able to see during the tour.