Ngongo Poacher Threats: The efforts are hard towards chimpanzee protection in Kibale Forest and other parts of Uganda. However, the poachers are also despising the strategies of curbing the reduction of the chimpanzee population in Kibale National Park and other parts in Africa. The question is what is going wrong? Despite the goodness of tourism to the communities living inside and around Kibale national park, there is still a threat to the lives of these endangered species called the chimpanzees. And if so, then what more can be done to save the chimpanzees in kibale national park? 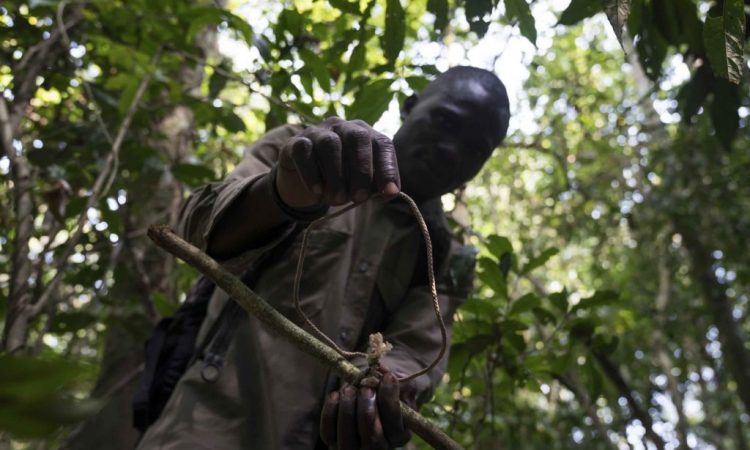 According to the report from the facebook account of the Ngogo chimpanzee project in Kibale National Park, sad news happened on the 1st of August this year. The ngogo chimpanzee project co-director, by the names of Kevin Langergraber, reported to the social media platform that it was the saddest news when he found out that despite the effort being put to protect the chimpanzee in ngongo research center, the poachers still got ways of killing these innocent animals.

Director Langergraber in a sorrowful voice tone, he reported that at first, when they heard the chimpanzee yelling, they thought it was the chimpanzee, perhaps, had found an animal trying to bit is, which is a normal thing for the kibale jungle dwellers. However, it was much more heartbreaking when they got closer and saw a small group of heartless poachers with a large gang of hunting dogs about 15-20 in a group. He continued and said that when he saw that, he was filled with rage and he screamed at the poachers which scared them off.

In a lot of fear the young chimpanzee called jumbo left and ran into the woods, however, he was traumatized by the incident and with the injuries from the dogs; it is still a question whether he will survive in the forest. But the sad news is, the dogs managed to grab Kidman’s 3 weeks old baby, and no further news about it. It is so sorrowful and had to take in, Kidman could not survive the spear and the injuries form the dog bites, she died after a while.

Director Langergraber, in a lot of pain, he stayed with Kidman’s body until the Uganda wildlife rangers and lead the search for the poachers. Kevin said that he helped the rangers and they arranged the local police with the dogs to go and look for the poachers. It is such a horrifying incident that humans show no mercy to the vulnerable chimpanzees, even the babies! It was such a sad moment at ngogo chimpanzee project.

Learning from the incident that happened at the ngogo chimpanzee project in kibale forest, there is still a lot of gaps to cover up if at all the chimpanzees are going to stay sustainably in kibale national park and other areas in Uganda, East Africa, and Africa at large.  The ngogo research team has vowed to tighten up the loose ends like increasing their snare removal patrols in kibale forest. However, if you are interested in helping out the helpless chimpanzees in kibale national park, you can donate any amount to the Ngongo chimpanzee project or visit their website www.ngogochimpanzeeproject.org for more information. Together we can contribute to the sustainability of wildlife, together we can save the chimpanzees from getting extinct.