The Nyamata Genocide Memorial Site is a church in Rwanda where approximately 2,500 Rwandan people got killed during the genocide. This church has b  ecome an emblem of the harsh treatment Rwandan women got during the 1994 genocide. 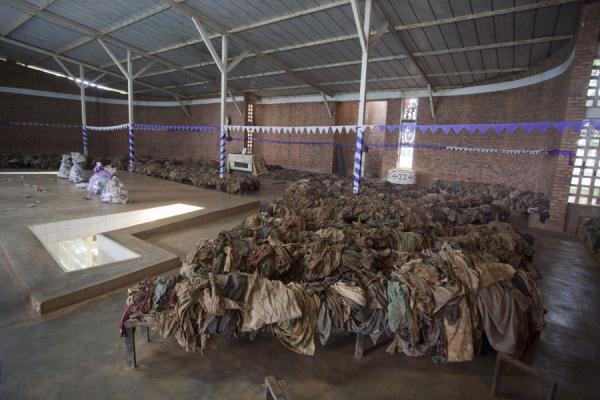 This Rwanda safari attraction portrays a very big picture of agony. Inside the church are several graphics and audios that focus solely on mass rape, brutality of women and spread of HIV as a strong weapon of the genocide.

Nyamata is located in the Bugesera region of Rwanda, about thirty-six kilometers from Kigali (The capital city of Rwanda). This area suffered from one of the worst moments of brutality in the 100 days of genocide.

When the 1994 Rwandan genocide sparked off, many Rwandan residents of the region gathered around the church to seek for protection. The compound provided a home for the scared Rwandans that hoped they would escape death since no one expected the militia to attack it.

Sadly, this wasn’t the case. About 10,000 lives were taken from this church and within its compound as narrated by a few locals that survived death from here. The massacre took place on 10th April 1994.

Inside The Nyamata Church

To commemorate people that lost heir loves in this church and the surrounding area, the Rwandan government along with the genocide survivors from within the area of Nyamata opted to keep this church as a memory to the genocide. Masses are not held here any more.

Nyamata Church is being visited by countless tourists, locals and genocide survivors who want to learn more, remember or know some history about the terrific a hundred days of terror in Rwanda. It is one of those attractions you will get compelled to visit.

The church’s basement that can be accessed down steep steps from the back has been turned into a full catacomb. Want to visit Nyamata church? get in touch with us today. 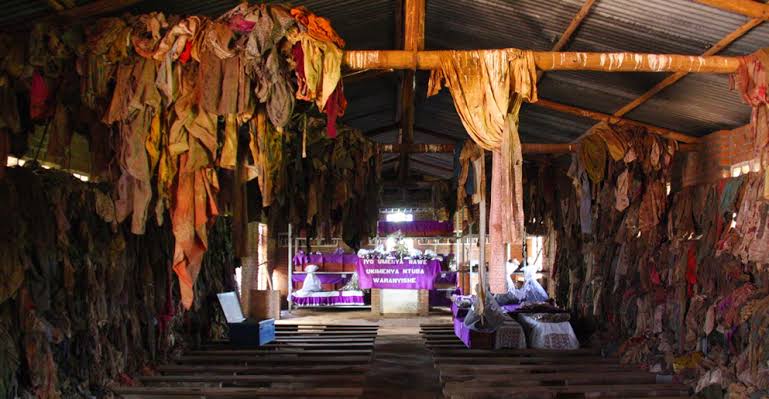