Rwanda mountain gorilla families : Rwanda gorilla trekking experiences take place in Parc Nationale Des Volcans (Volcanoes National Park). This park is gorilla maestro Dian Fossey undertook her research from. Apparently, 1000 mountain gorillas are left in the world and half of this population resides in Uganda. The rest is shared between DRC and Rwanda. 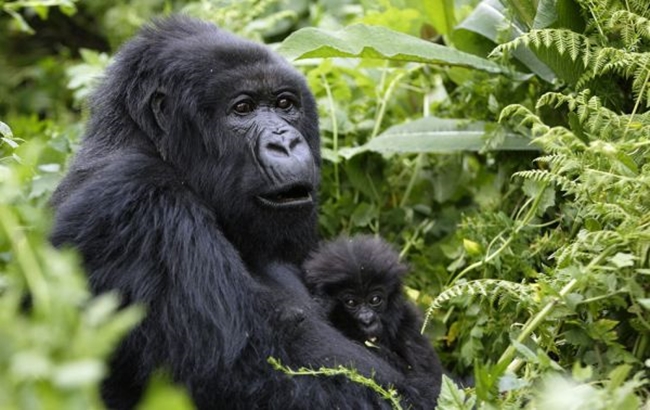 Without a doubt, Rwanda remains a prime destination for gorilla trekking. Trekking the Virunga Mountains in search for gorillas in an extremely awesome experience. The accommodation facilities in this park will keep the spark alive. They are truly African with a great sense of style.

Just in case you have any extra days on your safari, endeavor to visit Akagera National Park. This wildlife park borders Tanzania in the east. It rewards a spectacular wildlife watching experience. Down south is Nyungwe Forest National Park, a home to Rwanda’s Chimpanzees. It also turns out to be one of the best spots for birding in Rwanda.