Serengeti National Park is situated in the Serengeti ecosystem in Tanzania between the Maasai Mara and the Simiyu regions. The national park was established in 1952 and it is also subscribed under the UNESCO world heritage sites. Serengeti is such a wide and vast eco area covering over 14763sqkm. The park is the best national park in Tanzania and the most visited protected area in the country as well. 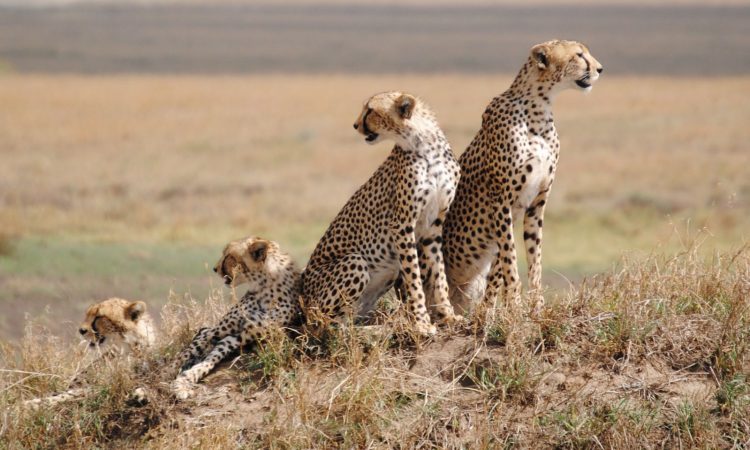 Serengeti is one of the oldest ecosystems in Africa and the whole world, the Olduvai gorge is such a historically rich site as it is where the oldest skull of the early man was discovered. The fame of this national park is attributed to the wide range of wildlife it harbors together with the beauty, scientific value; a lot of wild game and a lot of other factors make up Serengeti as the best biodiverse area in East Africa.

The huge factor selling Serengeti  park to the world is the great migration of the wildebeests and the zebras. This park is home to the largest number of wildebeests and zebras in East Africa. Other national parks where you can find wildebeests in East Africa include Maasai Mara in Kenya, among others. Serengeti national park is also home to quite a community of wild cats such as lions, cheetahs, leopards and other animals like elephants, giraffes plus an impressive bird population, among other interesting features.

The park is divided into three parts or sections i.e. the central part of the Seronera valley is the one which the Maasai call the Serengeti deriving the name from the word Serengeti meaning the endless plains. The Seronera valley is dominantly covered by savannah grassland plains dotted with acacia trees. The southern part of Serengeti national park is the most visited part of the park due to its biodiversity and big game in the savannah grasslands.

The western part of Serengeti national park is characterized by the major water body called the Grumeti River. It is the main water source of the park. During the dry season, a lot of animals flock at the river banks for water and refreshment from the hot plains. The northern part is called the Lobo area and it meets up with Masai mara national park of Kenya, it is also the least visited area of the park.

The biggest factor making Serengeti the best protected to visit for an African safari is the great migration of over one million wildebeests and over 200000 zebras. The migration happens annually when the year is breaking. The wildebeests and the zebras migrate from the northern hills to the plains in the south looking for the cool relief of the short October rains and stay there until November. After the rains, they swirl to the west around river Grumeti and then to the north after the prolonged wet season of April, May, and June. The migration story is such an interesting one as it unfolds the courage these animals use to keep on rotating all year around with nothing to stop them.

The avian life in Serengeti contains over 500 species of beautiful birds good for the interested birders’ to experience. The birdlife in Serengeti include the secretary bird, a lot of amazing ostriches, flamingos, vultures and eagles among others. The birds are mainly found in the western part of Serengeti national park, however, the ostriches are found in the savannah plains of Seronera valley.

The people with in Serengeti include the Masai people which are the reason why the national park is called Serengeti meaning an endless plain. The authenticity of the culture of the Maasai people is so rewarding, just like the park its self. Masai people live with in the wild national park of Serengeti. They have managed to uphold the original state of their cultures such as rituals, language, and other traditional practices. A visit to one of the Masai community is such a rewarding experience.

Other attractions in Serengeti include the historical Olduvai Gorge, which is a significant place in the history of human evolution basing on a number of archeologists. It is believed that the Olduvai Gorge is where the remains of the early man were found by Doctor Louis. The Moru kopjes rocks are homes for the black rhinos in Serengeti national park. Grumeti river in the west, it is also an attraction for the migration of the wildebeests, crocodiles hippos and other animals. There are so many other attractions in Serengeti which you can enjoy during your visit.

You can choose to visit Serengeti any time of the year, however, the dry season is the best time for game viewing in Serengeti national park. Late June to September are the best months for wildlife viewing in general, also in the dry season, you can enjoy the wildebeest migration highlight in Serengeti. However, the best time for the migration is between June and July however, the wildebeests calve from January to February. Therefore, Serengeti national park is open all year round and you can choose to visit any time.

Getting to Serengeti national park

Serengeti is found on the northeastern side of Tanzania. It borders Tanzania and Kenya’s Maasai Mara. Serengeti is reached by just one flight from Arusha international airport. You can visit the cultural sites in Maasai communities, the great crater of Ngorongoro, and other national parks like Lake Manyara and Tarangire national park among others.