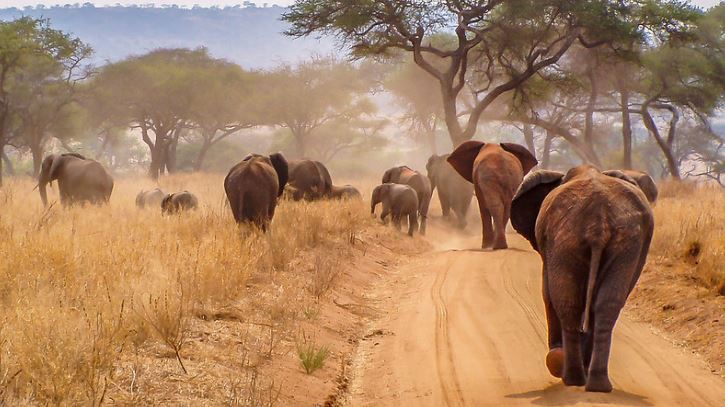 Tarangire national park consists of a thrilling landscape which is dominated by woodlands, baobab, seasonal swamps and acacia trees. The park is geographically located 118 kilometers south of Arusha town and it is very accessible.

Tarangire  is primarily dominated by a network swamps, these swamps are water sources in the park and habitants for most of the wildlife in the park thus being the perfect spot for wildlife viewing. Swamps in Tarangire  park majorly dominate both the eastern and southern regions of the park, these swamps are habitants for a big population of birds and animals like elephants, silale swamp lions, tree climbing pythons, rare African wild dogs, Cape buffalo and many more.

Tarangire  is also dominated by the beautiful historical baobab trees also known as the tree of life, these tree are noticeably one of the living trees on earth living up to 600 years and these trees are also attractions in their own way in the park because of their district shape. The district shape of these trees is created by the fact that they store a lot of water approximately 300 – 1000 liters in their bloated trunk and other parts. Many animals in Tarangire  are seen in Baobab trees as the trees are eaten as food by the animals and its barks of the trees are used by elephants to sharpen their tusks. 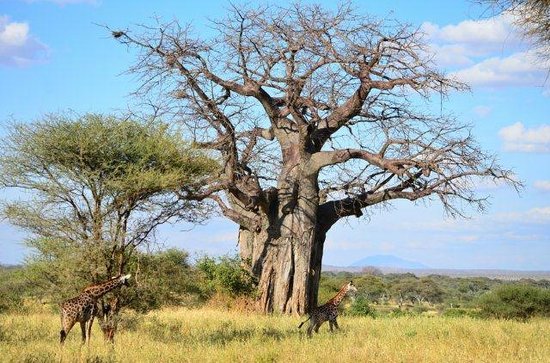 Baobab trees have a beautiful legendary tale which them more interesting and entertaining to encounter in the park, according to the tales these trees were moving creatures which roamed around the land of Africa using their roots until when their movement was stopped by the created God. Because God was angered by the movements of baobab trees he decided to plant them in one place upside down so that they can’t move since the roots they would have used are up in the sky.

Kolo rocks art site is a spectacular ancient site situated just outside Tarangire  Kolo rock art site is a proposed world heritage site purposely for displaying ancient rocks to the public and visitors of Kenya, ancient rocks displayed in this site are rock artifacts left behind by the ancient hunter gatherers and the prehistoric rock shelters. Visiting this site is one way of experienced the ancient life of the early inhabitants of Tanzania.

THINGS TO DO IN TARANGIRE NATIONAL PARK

While on a game drive you spot a variety of animals grazing and wandering through the park, animals such as herds of wildebeests, zebras, gazelles, lions, leopards, herds of elephants, greater kadu, dik-dik, hartebeests and many more are easily encountered at the dry river bed and other regions of the park. Tarangire national park’s wildlife four of the 5 five  and experiences the great migration of wildebeest in the period of June and November each year  which is an impressive and entertaining sight to see and keep the memory through beautiful pictures.

Kolo rock art site is a very spectacular ancient site located just outside of Tarangire , visiting this rock site offers a chance to witness the ancient life of hunter gatherers through the rocks.Cultural visits

Cultural visits in Tarangire  take place in the Masai communities which are situated just outside Tarangire , on your visit in this community you are welcomed by masai dance performances accompanied by melodic local songs. You also witness a variety of unique activities aspects of the Masai people for example their unique way of dressing, house built using local materials, and participate in grazing of the cattle also interact with the elders. Masai people are typical nomadic pastoralists, also many beautiful hand-made art crafts are sold as souvenirs.

Best time to visit Tarangire national park for a safari

Tarangire national park is a wonderful tourist destination open to visitors for every day of the year for amazing activities like game drive, bird watching. The best time to visit Tarangire national park is in the period of august to October, in this period the park consists of a high concentration of wildlife and the park is relatively dry. For tourists aiming at watching the migration of wildebeests the best time to visit Tarangire  is in the period of June to December.