Mount Elgon National Park is found on the famous mountain called Elgon and it is where the national park gets its name from. The park sits on an old and extinct volcano; one of Uganda’s oldest physical features. Mount Elgon is believed to have last erupted many million years ago, about 24 million years. Mount Elgon was one time very high, higher than mountain Kilimanjaro, and it was Africa’s highest mountain. However due to the work of continuous erosion, the mountain reduced to about 4321 meters, and now it is the fourth highest peak in East Africa and the 8th on the African continent. 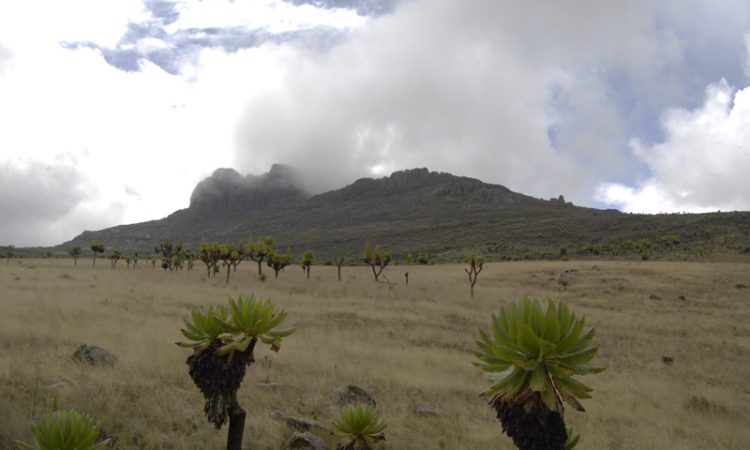 Mount Elgon occupies an area of about 4000sq.km and has the largest volcanic base not only in Africa but the whole world. Mount Elgon national park is located on the border of Uganda and Kenya. The mountain is the oldest volcanic mountain in Africa. Mount Elgon rises above the surrounding plains about 3000m above sea level. The highland areas of Mount Elgon provide relief from the warm temperatures in the lowland.

The higher altitude of Mount Elgon offers a safe haven for a lot of wild animals and wild flora in different categories. The park boasts about 300 species of birds which also include the extremely rare and endangered lammergeyer. Mount Elgon national park forms an extensive Transboundary conservation area, which is protected by both Uganda and Kenya. The park has been subscribed to the UNESCO site for man and biosphere conservation.

Activities done in the park

Mount Elgon national park, for many years, has been such an exciting option for the adventurous mountain climbers. Mountain climbing is a famously know activity in Mount Elgon national park and it is also the most booked activity in the area. Climbing to the high peaks of Mount Elgon is such a rewarding adventure in Uganda, the process is not tiring as climbing mountain Rwenzori plus, there is no much equipment requires or any technical experience to enjoy the hike up to the highest peaks.

Hiking is the best activity done in Mount Elgon national park; the park is connected with a number of trails to reach every traveler’s hiking preferences basing on the trail they choose. Sasa trail is the shortest track to one of the peaks of Mount Elgon. It passes through the local community and offers you a chance to see many farmlands of the local people; also known as the bamasaba people. The trail is an opportunity for you to learn a lot about the cultures in the area; the masaba and sabiny cultures. The trip via the sasa trail lasts for a maximum of four days; it starts at budadiri town with an elevation of 1250m above sea level.

Another trail is called the sipi trail which also takes about four days for a round trip over 56km. it starts at an altitude of about 2050m and kapkwai forest center. It passes via the northwestern side of Mount Elgon and by the tutum cave. Then through a caldera and to the highest peak called waggagai. This trail is the longest of all trails for hiking through the park.

The other piswa trail is along although the most gentle trail to the peeks of Mount Elgon. It is trekked for about seven days over a distance of 49km, for a round trip. The piswa trail starts from a small village of kapkwata on the northern side of the Mount Elgon. The trail traverses the forest of softwood trees called the podocarpus. Along the route, you can spot a variety of wildlife with spectacular views of the Karamojong hunting plains. This trail will also give you a chance to see the hot springs towards the caldera on the Wagagai peak.

Birding is at its best in the park and the excellent birding area is around the kapkwai forest center, around cheptui falls among other sites. The park is famous for being with a unique selection of endemic bird species. It harbors birds like the African goshawk, White-chinned Prinia, chin spot batis, MacKinnon’s fiscal, cinnamon bee-eater, tacazze sunbird, olive and the black collared apalis among others. Also birding in Mount Elgon national park will give you an opportunity to see the rare lammergeyer bird, only found in the park among other special birds.

Cultural encounters in Mount Elgon park will give you a chance to learn more about the ambitious mount women who are committed to the production of fine coffee. The sipi women group has committed themselves to growing coffee from the big shambas grown on the mountain slopes of Mount Elgon. The women group grows Arabic coffee which is favorable for the alluvial soils from the mountain. The coffee is sold in Ugandan markets plus being exported to Kenya and other countries. Spending a time with the sipi women group will give you an insight on how coffee is grown, harvested and processed to the fine roasted beans. You will also learn about the sabiny culture like how they prepare African food and a lot more.

Other activities include mountain biking from the sipi trading center to chema kill in kapchorwa town and it takes about 1 and a half hours. You can see beautiful views of the waterfalls, and the vast karamajong plains. You can hire your biked from the UWA offices or sipi river lodge. Community walks in the park will take you through budadiri town where you can learn a lot about the local cultures.

Where to reside in Mount Elgon national park should not be your worry, because the park is supplied with accommodating facilities to fit exactly in the safari budget you planned. There is a wide range of lodges and campsites in the park. Suam guest house is managed by the Uganda wildlife authority and it provides standard accommodation facilities to all travelers who visit Mount Elgon national park. Other accommodation facilities include kapkwata guest house, forest explorations center bandas, a student hostel, and campsite are budget lodging facilities, Masha hotel, sipi river lodge, and sasa river camp among the rest.

You can easily reach Mount Elgon national park by road which is about 235k away from the capital of Uganda called kampala. The road drive will take you about 3 to four hours to reach the park. The highway road runs from Kampala through Jinja town to Mbale town. From Mbale town, you can board a public means or hike a taxi to budadiri for a distance of about 20km. you will need porters or guides which you can book from the park headquarters.