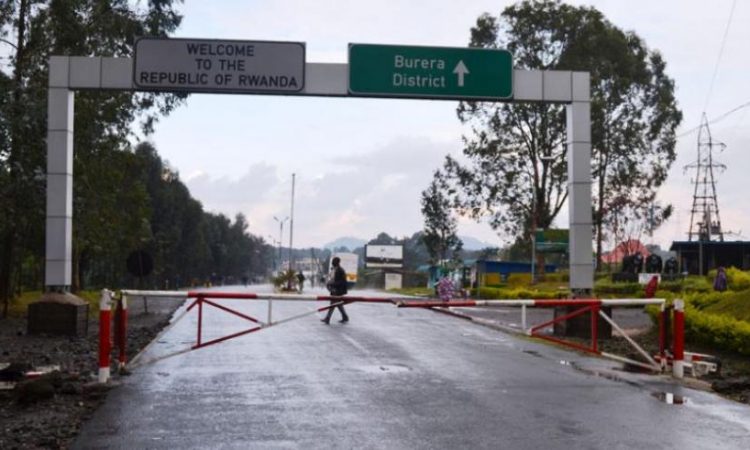 Cyanika border is one of the entrance points into Uganda from Rwanda and the reverse is true. Cyanika border is mainly known as a tourism determinant of tourism growth in Uganda, Rwanda, and the Democratic Republic of Congo. Cyanika border is located in the far South Western part of Uganda near Kisoro district which is a 2 hours’ drive from Kabale district – the largest town in the Kigezi sub-region. On the side of Uganda, Cyanika border is a 30 minutes’ drive from Kisoro district, a hub of all tourists’ activities around the area. Although Cyanika  is not known to so many people but only the neighbouring communities, it has two major tourism areas in Eastern Africa. Just like Kabale district, Kisoro district is 90% mountainous and rocky, convenient for agriculture and livestock keeping for communities around the area. Cyanika border is interesting with residents from different countries mainly including the Ugandans, Banyarwanda, Congolese, and Burundians. The largest population staying at Cyanika border are Ugandans specifically the Bafumbira people mixed with Bakiga and followed by the Banyarwanda people.

Cyanika border is mainly used for tourism purposes are it connects Uganda, Rwanda and Congo. The border sets a boundary between Volcanoes national park in Rwanda, Mgahinga Gorilla national park and Bwindi Impenetrable national park in Uganda. The border functions 24/7 hours and it is open for tourists and other travellers. Unless Katuna border, Cyanika border is a little strict given the outbreak of Ebola virus in the nearby Democratic Republic of Congo and a lot of scanning activities are carried out at the border.

Just like any other country entry point, Cyanika border has requirements for border crossing and the  Rwanda regulations at the border need to have some safety equipment like fire extinguishers and insurance certificate, driving permit and other regulations.

Passports; For every traveller crossing via Cyanika border, Passports are a must requirement for crossing for all nationalities. The passport must be valid and for the case of East African residents, without passports, they are allowed to pass the border with their national Identifications by East African residents I means those from Uganda, Rwanda, Kenya, Tanzania and Burundi.

Yellow Fever Vaccination; All travellers crossing via Cyainka border both local and foreigners, it is a must requirement to take along your yellow fever vaccinations as it is a must for all people crossing to have the vaccination.

Visas; All foreign non-residents or foreign residents from countries that require Visa application to enter Uganda or Rwanda must possess a Visa or apply for Visas at the border. Hence all kinds Visas including a single Visa, East African Tourist Visa and multiple visas can be accessed at the border. Relevant questions are usually asked for anyone crossing including reasons for crossing, how long will you stay in the other country, and is it your first time or not. Therefore when crossing Katuna border, you need to have your information right otherwise you may be rejected to enter the other country. For travellers holding the tourist Visa will cross this border much faster as this boosts the development of tourism between Uganda and Rwanda.

Cyanika border is mainly crossed by tourists on a gorilla safari. For visitors interested in Bwindi Gorilla trekking in Uganda in either Mgahinga Gorilla national park or Bwindi Impenetrable national park in the Southern part of Bwindi that is Rushaga and Nkuringo, Cyanika is the closest border to cross from Rwanda. Most travellers opt to trek gorillas in Uganda as compared the Rwanda gorillas where a gorilla permit costs $1,500 per person while in Uganda, a gorilla permit is $700 as from 2020. Crossing from Cyanika border has also reduced the driving distance for travellers from Entebbe or Kampala to Kisoro as it take 8 to 9 hours driving yet it takes 4-5 hours to drive from Kigali to Kisoro. Crossing from Kisoro via the Cyanika border is only about 1 hour drive to Volcanoes national park and from there, it is about 2 hours drive to Lake Kivu in Gisenyi.

Lake Mutanda; this is one of the incredible lakes to explore for visitors interested in adventure in a canoe ride. Lake Mutanda is a one and half hours’ drive from Cyanika border and it is good for birdwatching, explore the lake on a canoe ride or boat to some of the islands on the lake plus the great views of the scenic Kisoro rolling hills. Fishing also takes place at this lake.

Golden Monkeys; Golden monkeys can only be spotted in Mgahinga national park. This park is also located on one of the Virunga Mountains that is Mount Muhavura and although it is best known for mountain gorillas, it is also the only location in Uganda to find the Golden monkeys. This activity is relatively carried out as gorillas trekking though Golden monkeys take 2-5 hours trekking as they are much easier to spot as compared to Gorilla trekking which takes 2-8 hours in the forest.

Batwa Community tour; these are original people of the rainforest who first inhabited in the montane rainforest. They lived in the forest and survived on fruits and hunting. They lived a simple life and for this reason many travellers come to this area to have a cultural experience of the Batwa people.

Cyanika border has a few accommodations for travellers to rest and relax on their en-route to either Rwanda or Uganda. The best place to find accommodation near the border is Kisoro town. There are several hotels, motels and Inns and Guesthouses. Some of the accommodations near Caynika border include; Gahinga lodge, Traveller’s Rest hotel,  Lake Mulehe Safari lodge, Lake Mutanda Safari Resort to mention a few.